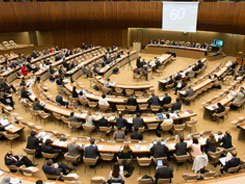 Colombia Is Now One of the Top 20 Countries Receiving the Highest Investments: UNCTAD

After receiving $15.8 billion USD in foreign capital in 2012, Colombia was listed among the top emerging countries in the world receiving foreign capital, and led the growth in South America regarding this item, rising from the 28th spot in 2011 to the 18th spot.

According to a report by UNCTAD, one of the decisive factors to attract FDI is a fast-growing middle class, with GDP per capita in Colombia rising from USD $5,826 in 2000 to USD $10,350 in 2012. This has become a key contributing factor in the arrival of transnational corporations into the country.

According to the latest surveys by Fedesarrollo (private think tank), among the 47 million citizens in Colombia, 11 million belong to the middle class, and by the year 2020 this figure will reach 19 million.

Other reasons why Colombia stands out as an attractive investment destination include its stability and the opportunities for foreign entrepreneurs, as Colombia is the first country in Latin America in terms of investor protection and the third most business-friendly country, according to the World Bank Doing Business Report 2013.

Foreign investors are also attracted by Colombia’s growing economy. The mean gross domestic product growth since 2010 is 4.9%, which is above the region's average of 3.2%.