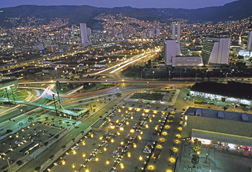 The rating agencies agreed that given Colombia’s economic attributes, the country could withstand potential crises resulting from declines in oil prices.

Joydeep Mukherji, director of sovereign risk for Latin America at Standard & Poor's, said that given Colombia’s current framework, the country has a flexible exchange rate, which could allow it to absorb shocks such as a potential decline in oil prices. In addition foreign investment continues to arrive in various sectors of the economy.

According to the Central Bank of Colombia, Foreign Direct Investment totaled US $ 16.054 billion in 2014, where 60% was linked to the non-mining energy sectors. The amounts allocated towards construction grew 74% and financial services 54% compared to 2013.

Erich Arispe from Fitch Latin America stated that Colombia is showing a healthy financial position, and has access to foreign markets. Furthermore, the country has the capacity to withstand international shocks in part because "it is backed by US $ 47 billion in international reserves, open credit lines with multilateral lending institutions and the International Monetary Fund”.

Samar Maziad, Vice President-Senior Analyst at Moody’s, said that one of Colombia’s greatest advantages is its commitment to meet the fiscal rule, which in fact was one of the factors that helped the country regain its investment grade. "The world faces challenging times when it comes to oil. It impacts flows and stability, but if Colombia is able to remain within the fiscal rule, the country will become more resilient" he says.

Standard & Poor’s estimates 2015 GDP growth to reach anywhere from 3% to 4%, Fitch estimates 3.5% and Moody's forecasts 3.6%, which is well above the expected growth for Latin America. 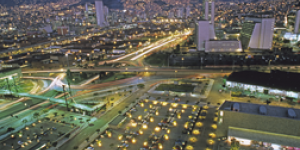 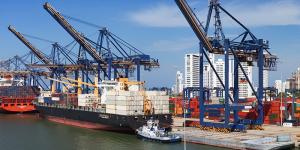 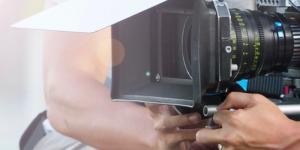