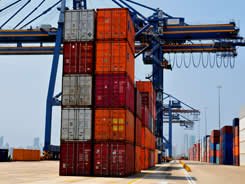 A recent study created by the research division of the London-based economic newspaper, The Financial Times, stated that Atlántico, Bolívar, Valle, Risaralda, and Santander are the country's regions which stand out for providing the best cost-benefit ratio for investors; which means that business owners will achieve a higher economic result while only having to make a smaller investment.

The Departments were included in the top 10 most attractive regions for attracting Foreign Direct Investment in South America.

In order to be rewarded this ranking; the study collected information from 237 records of countries in the region and analyzed five quantitative categories: economic potential, human capital, profitability, infrastructure, and business environment. The ranking also included which regions had the greatest cost-benefit ratio for investors.

Barranquilla has the best strategic position.

The Financial Times study resonates with another international newspaper, USA Today, which dedicated an exclusive article to the city of Barranquilla, highlighting its strategy to promote investments. The report stated that the geographical position of the capital on the Atlantic facilitated access not only to the domestic market but also to the international market through free trade agreements. It was also noted on the development of port infrastructure with more than 25 terminals on the Caribbean seaboard and the Magdalena River.

Indicators such as economic potential, the areas of Bogota, Atlántico and the Cauca Valley stand out not only in Colombia but throughout all of Latin America.