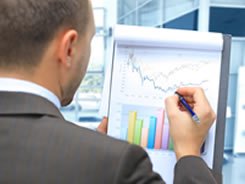 The fourth nation with the highest economic growth in 2014

According to the World Bank report 'Global Economic Prospects' Colombia is the fourth nation in the region with the best Gross Domestic Product (GDP) in 2013. This will help solidify its leading position as one of the most attractive countries to invest in Latin America from 2014 throughout 2016.

According to the study, the country's growth is estimated to reach 4.3%, while Latin America’s growth is 2.9%. In addition, there is a positive trend in the Colombian economy. During the third quarter of 2013 the GDP grew 5.1%, according to the reports presented by the DANE (The National Administrative Department of Statistics). Based on this data, Colombia led the growth rates in Latin America in that same period.

"The 5.1% growth rate confirms our macroeconomic strength and that we are on the right track. We are leaders in employment generation, low inflation and with investment and economic growth in Latin America" stated the president of Colombia, Juan Manuel Santos Calderon.

According to an analysis done by The Economist and Bloomberg, Colombia peaked at number 15 among 75 worldwide countries that had reported high growth.

Between July and September 2013, construction and agriculture remained the main drivers of the economy according to the reports delivered by the DANE. Construction showed an increase of 21.3% becoming the major economic driving force during this period. An upsurge of this caliber had not been witnessed since the second quarter of 2006. The good performance of this segment was in part due to the construction of homes, roads, ports and aqueducts.

In terms of agriculture, the growth is explained by the rise in the production of coffee, cereals, rice, potatoes, yucca, banana export grade, flower production, sugarcane, among others.

Comparing third quarter results against the same period in 2012, the following variations are seen: