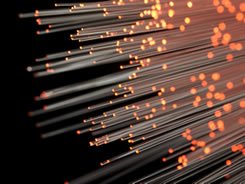 Bogota, March 24 (PXP) – Foreign companies service clients from Spanish Energy Companies, provide customer service to Fortune 1000 companies, manufacture anything from construction materials to fiber optic cables, even one of the most modern bottling company in Latin America is being built in the Colombian Free Trade Zones.

The president of PROCOLOMBIA, Maria Claudia Lacouture affirmed, “in the last three years, the entity has helped establish entrepreneurs from 14 different countries to develop 28 different projects”.

The entrepreneurs advised by PROCOLOMBIA reported investments totaling USD $867.5 Million which are estimated to have generated 8,207 jobs across 14 sectors.

The U.S. is the main source of investment in the Colombian free trade zones totaling 8 projects including sectors like BPO, building materials, light manufacturing, IT services and hardware.

Brazil is the second investment source with 4 initiatives targeting forestry, metallurgy and light manufacturing. The other countries with investments within this segment include the U.S., Spain, Canada, India, Israel, Japan, Italy, France, Mexico, Chile, Portugal and Argentina.

These are some of the processes that foreign companies are following in several parts of the country.