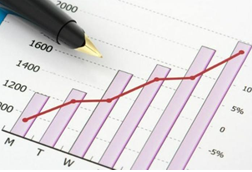 The agency ratified its confidence in the country in large part due to its economic stability over recent years and has highlighted that Colombia registered a real increase in GDP of 4.8% in 2014.

R&I believes that the Colombian economy will continue to have a solid and sustained growth thanks to the fourth generation infrastructure program.
This program will not only increase the country’s medium term GDP potential, but will also provide a great boost to the performance indicators real growth in the coming years.

The agency also highlighted the low exposure to foreign currency debt, and a good indicator of coverage of the total amount of reserves during import months.

With this improved reputation from Rating and Investment, the world’s most important ratings agencies are giving Colombia a rating of BBB/Baa2 (Standard and Poor’s, Fitch, DBRS and Rating & Investment / Moody’s), thus consolidating the upward trajectory of the ratings and the country’s positioning within the level of investment category.