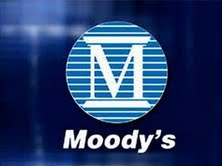 International specialized media highlighted the importance of this rate for foreign direct investment growth in the country.

This was confirmed by the investment grade awarded by the rating firm Moody's, announced on May 31. This adds up to the decision in the same sense that Standard and Poor’s revealed in mid-March this year

According to Gabriel Torres, analyst vice president of sovereign risk t at Moody's, the country's rating outlook was positive since September 2010. "We made the decision to grant investment grade to Colombia because it has demonstrated its ability to deal with external and internal shocks and because its institutions are strong," said the analyst.

"The investment grade for Colombia given by Moody´s and Standard and Poors reflects the growing confidence in the national economy and is a message for more foreign companies to see in our country a unique opportunity to grow. We have the doors open and available to all new investors to settle in our territory”, said the President of PROCOLOMBIA, Maria Claudia Lacouture.

"The investment grade for Colombia given by Moody´s and Standard and Poors reflects the growing confidence in the national economy and is a message for more foreign companies to see in our country a unique opportunity to grow. We have the doors open and available to all new investors to settle in our territory”, said the President of PROCOLOMBIA, Maria Claudia Lacouture.

Moody's, in an official press release, said it anticipates a fiscal and macroeconomic stability in Colombia and based its decision on two main reasons: improvements in national security and historical performance in the payment of its obligations. "Colombia's general government debt level fell 10 percentage points of GDP from 2003 to 2007. Additionally, steady reductions in the systemic threat posed by guerrilla groups and organized crime point to the ability of the state to deal with non-economic shocks over time”.

At this point,the communication emphasizes that defense spending should remain high for the foreseeable future but reduced security problems will continue to bolster economic growth through greater investment.

The rating,which was upgraded from Baa1 to Baa3, means that Colombia is now safer to invest. The greatest interest will also be reflected in the arrival of investment funds, since many of them cannot be installed in countries that do not have the endorsement of several rating agencies.

According to the Financial Times, from UK, "The upgrade will benefit the current government of Juan Manuel Santos, as borrowing costs will fall and spur economic growth in Latin America’s fifth-largest economy”.

The Bloomberg news agency reported that the "the move puts Colombia’s rating on par with Brazil, Peru and Panama”.

The traditional American newspaper The Wall Street Journal assure that "it is expected that the price hikes of basic commodities boost government revenue, though Moody's did not base the improvement of the overall rating on the debt ratios in the country well as general macroeconomic future. "

A promising future for international investment

The investment grade granted is not the only reason for Colombia to be considered as an attractive destination for investors.

Colombia is the third country in Latin America more friendly to do business, fifth in the world and first in the region to better protect investors, according to the report 'Doing Business 2011' from the World Bank.

He was also included in the group of CIVETS, an acronym for the emerging countries with dynamic economies with great potential for development and global influence.

For its part, PROCOLOMBIA has focused its strategy to attract foreign investment in value-added sectors to complement the traditional sectors such as mining and petroleum.

In this will it have been identified areas in which Colombia has great potential as outsourcing of services, software, cosmetics, toiletries, automotive and hospitality assembly and the forestry sector.