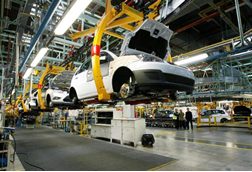 The Central Bank of Colombia reported that Foreign Direct Investment (FDI) in Colombia, not including oil, rose 10% last January compared to the same period in 2014.

Non oil and mining foreign capital rose from US$207.8 million in January 2014 to US$228.5 million in the same month in 2015, according to the Central Bank’s Exchange Balance.

In keeping with reports by the Issuer, the non-oil sector foreign investments climbed from 14.8% in January of last year to 16.8% this year.

The total FDI flow received in the first month of 2015 according to official sources was US$1,357.2 million.

Pursuant to the Central Bank’s report, oil, hydrocarbons and mining reduced foreign capital flow by 5.6%, which shows an increase and a new trend of foreign capital reaching other sectors such as manufacturing, agroindustry and services.