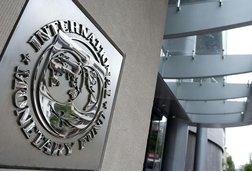 According to the IMF, in the last years Colombia showed a sustainable GDP increase of 4%-5%, one of the most dynamic indicators in Latin America, and points out that keeping inflation under control is the foundation for sound progress, becoming the third economy in the region.

According to the IMF, the key priorities are: reducing informality in the economy, improving competitiveness and infrastructure, and promoting social mobility, particularly through improvements in education and healthcare.