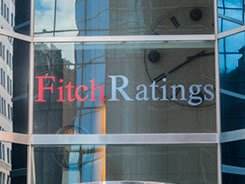 One of the strongest reasons for Fitch Ratings to grant a sovereign BBB positive outlook rating is the proper management of external accounts and a decrease in the level of debt, as well as the average growth of the GDP during the last five years, remaining above countries like Brazil, Peru, and Mexico.

Fitch noted the strength of Colombia's economy and its resistance to external crises, as well as a sustained growth in the Gross Domestic Product, including medium- and long-term outlooks.

General government debt, at an estimated 36.3% of GDP in 2012, is in line with the average of countries that have a BBB grade. "Colombia's rating is supported by cautious policies, a spotless debt repayment record, and a strong macro-economic performance as compared with its peers. The measures towards monetary policy have reduced potential risks to macro- and financial stability," stated Fitch's press release.

During an interview in New York with the Portafolio journal, Erich Arispe, Fitch Ratings Director of Sovereigns for Latin America, stated that this improvement "is an advance to this favorable performance of the economy, and Colombia will undoubtedly take a leading position as long as the external sector accounts and reserves continue to strengthen, confidence is created or sustained growth is maintained, and a positive debt management continues and finances remain strong."