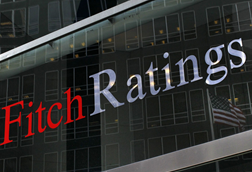 According to the firm, the country has good investment prospects. Fourth generation road concessions backed by US $ 25 billion and its debt ratio to GDP (39%) - which is leveled halfway between countries that were also rated with 'Triple B', resulted in a higher projected growth versus the rest of Latin America in 2015.

After the announcement, the President Juan Manuel Santos stated that the high rating is a reflection of investor confidence, committing all Colombians to work on building an increasingly competitive country.

Fitch Ratings argues that for Colombia to continue with a positive rating, it must hold its attractive investment grade through a favorable legal framework and an efficient and effective state apparatus.

Furthermore, it must be accompanied by other policies such as education in quality in order for the country to develop a workforce that fits the needs of investors and the market. These are wagers that the government is highly committed and are part of its current program throughout the country.