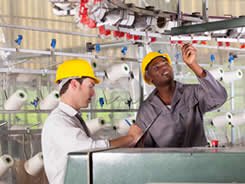 Established among the most promising emerging economies

The selection criteria for this ranking were good prospects for production and sufficient financing potential to support its expansion.

In the report "What Emerging Countries Will Replace the BRICS?", the stability of Colombian institutions, the excellent level of human capital and the abundance of natural resources were emphasized.

This recognition is added to the achievements of the Colombian economy, as in 2013
The Economist considered it one of the six countries that will contribute the most to global growth in the next decade.