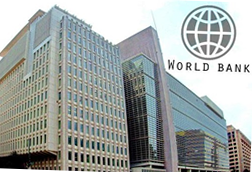 Colombia, the most business friendly destination in Latin America according to the World Bank report

The Doing Business index compiled by the World Bank, which measures the ease of doing business in a country, ranked Colombia as a leader in the region. The country climbed nineteen points compared to the previous year.

According to the Doing Business report, Colombia has the best investment climate in the region occupying the 34th position among 189 countries that were surveyed. This report takes into account the ease of starting a business, registering property, accessing credit, paying taxes and making international trade transactions.

The report highlights Colombia's economy and the significant progress it has made during the last year. Much of this is due to the strong momentum that has been set in investments and promotion that has placed Colombia as a destination for doing business during the last ten years. This effort has resulted in an increase of Foreign Direct Investment by more than nine times creating an outstanding economic landscape. According to the Central Bank of Colombia at the end of 2013, the FDI in Colombia grew 8.0% higher than in 2012 (US $ 1.244 Billion).

Colombia is the third largest economy in the region and one of the countries with greater economic stability. During the last six years, the economy has grown on average well over 4%. During 2013, the country surpassed Latin America and the Caribbean overall rates; growing by 4.3%, while the region reached 2.6%.