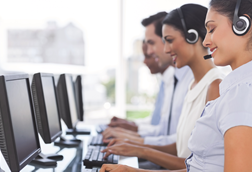 Colombia received 173 BPO, Software and IT Investment Projects between 2010 and 2014

Based on information from the Central Bank of Colombia Balance Of Payments, the sector gathers 22% of the foreign investment share in Colombia during the last five years with $7.23 billion USD, and is one of the main drivers behind job creation with a total of 368,282 jobs created.

According to FDI Markets, Spain is the top foreign investor, with 29.5% of the foreign companies operating in the sector, followed by the United States with 21.48%, France with 7.38%, and the United Kingdom and Argentina with 6.04% each.

“Foreign investment in BPO, Software and IT grew by 28% in the last five years. Starting in 2010, ProColombia's efforts brought 80 new BPO, Software and IT initiatives with business operations worth $949 million USD that, according to entrepreneurs, are expected to create 53,433 new jobs", stated Maria Claudia Lacouture, President of ProColombia.

A survey by MVS-Tholons revealed that 71% of investors chose Colombia encouraged by the quality and qualifications of its professionals, as well as the incentives and costs available in the country.

Success stories about new investors in this sector include Holcim, IBM, and AIG, companies that installed shared service infrastructures or expanded their Data Centers.

Lacouture said that Colombia, in addition to its call center capabilities, is creating custom products thanks to its highly qualified work force. “Human talent in Colombia is prepared to provide E-Commerce services, credit management, risk and collection services, helpdesk, back office, telemedicine as well as engineering and market surveys”.