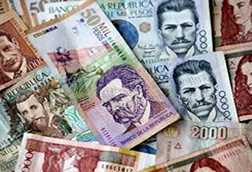 The new Bayer’s logistics warehouse located in Colombia's Caribbean in the resort city of Cartagena de Indias, has a capacity to handle up to 8000 tons of raw material to produce the most innovative agricultural solutions. This operation strengthens the competitive advantages of Colombia, ensuring a steady supply of agricultural inputs for the country and facilitating exports to more than eleven countries in the region, such as Mexico, Brazil, Argentina, among others.

The Caribbean HUB is part of a series of investments that for several years, the company has allocated in the region, which have strengthened the presence of Bayer in the country, modernized the portfolio and fostered the competitive development of the Caribbean region.

"This new German investment confirms that Colombia is a reliable and strategic country for companies worldwide who seek safer environments in which to operate and expand into other markets. In addition to this important investment and in support of the development of the Colombian Caribbean in the last four years, 50 entrepreneurs from 16 countries - accompanied by Proexport Colombia - chose this region for their businesses in sectors such as telecommunications, cosmetics, agroindustry, metallurgy and tourism, which have generated 12,500 jobs and capital of US $ 2.160 billion, "said Maria Claudia Lacouture, President of Proexport Colombia.

Bayer’s operational hub complements the production facility in the department of Atlantico. In 2007, the plant began a process of modernization and expansion that continues to this day. So far the investment amounts to $14 billion pesos (Colombian).

According to the report published by Analdex, Bayer was ranked as the country's fourth largest exporter in 2013 excluding the Mining and Energy sector in Colombia.

Automotive industry in Colombia: top 3 foreign companies that invest in the country

200 Years of the U.S.-Colombia Relationship