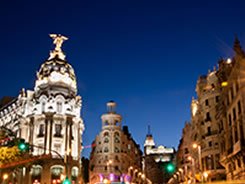 Colombia, Among the Countries with Higher Expectations for Spain

Colombia is the second country in Latin America with the best economic outlook for 2013, according to a survey by the IE Business School among 38 Spanish companies listed on the Madrid Stock Market and/or with investments in the region.

Following the survey, Colombia received a score of 3.29/4, which expresses the high opinion set by Iberian companies regarding Colombian economy.

According to the survey, the country is attractive due to the resources to conduct business, the available network of free trade agreements, its domestic market development, and its qualified work force, among other aspects.

The survey includes results for several countries in the region, pointing out that Colombia “is one of the markets where Spanish companies expect to increase their investments in 2013”.

According to the Central Bank of Colombia, the main Spanish investments in the country are included in the industrial, transportation, telecommunications, and financial sectors.