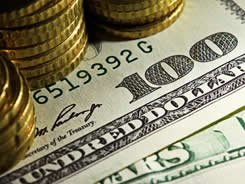 Colombia achieved a record in direct foreign investment in 2013.

What can be seen from the Central Bank's consolidated figures is that from the total gathered by the country, 53.3% was earmarked towards productive sectors, in other words, employment generators.

This percentage was divided as follows: manufacturing industry (15.9%), transportation and communications (10.4%), commerce, restaurants, and hotels (9.4%), and financial institutions (9.4%), among others.

The last three years have witnessed an evolution of this trend. In 2010, 33% (US$2.206 billion) was directed to the manufacturing, services and transportation sectors, among others, and 67% (US$4.540 billion) went towards mining and oil.

Political and legal stability, economic growth potential and the opportunities in all the country's regions are the principal aspects that foreign investors highlight about Colombia when selecting it as the ideal destination for their business expansion projects.

This perception is also reflected in international reports. In 2013 the country was selected as the second best future investment destination during the first edition of the FDI Awards.

Read the detailed report why Colombia is an attractive investment destination