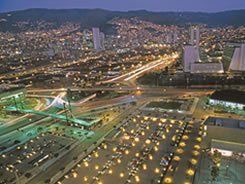 Bogota, Medellin and Cali among the 20 Most Attractive Cities for Investments

The study placed Bogota at the fourth place region-wise, moving up one spot from last year's survey. Colombia’s capital was acknowledged for its improvements in safety, the fact that it hosts 11 universities considered among the 200 best institutions in the world, its international business reputation, its diverse cultural products, and its market reach (8th among the ranked cities).

Medellin also climbed from the 13th to the 10th spot in the general ranking. This was achieved thanks to the city’s accomplishments, its outstanding international promotion through their “city-brand” system, which has granted the city a high reputation, and the remarkable presence of transnational corporations.

The list includes other cities like Bucaramanga, in the 24th position, and Barranquilla in the 25th. Also, Cartagena was included for the first time and holds the 31st position.

The Executive Director of Inteligencia de Negocios, Rodrigo Diaz, and the Director of Cepec, Saul Pineda, are the officers in charge of the report. They’ve highlighted the importance of medium-sized cities and their well-deserved inclusion in the investment attraction ranking.

Diaz assures that these (medium-sized) Colombian cities “make up for their size through the specific management of certain variables that make them stand out in that regard, like a fast-moving economy, cultural products, and other human talent-related services.”