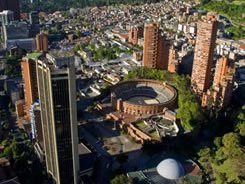 The tour included a series of conferences and personal meetings and was well-received by businesses in the region that were especially interested in the Colombian market, as well as strengthening and creating new plans for investing in Bogota.

“Asian entrepreneurs have shown interest in the country’s macro economy, investment incentives and opportunities in Colombia, especially in Bogota. Because of its strategic location, in addition to connections by air with daily flights to important cities around the world, and an excellent investment climate and qualified human resources, the city is a niche market for new business opportunities,” stated the president of PROCOLOMBIA, Maria Claudia Lacouture.

In Japan more than 67 representatives of companies from the automotive, chemical, infrastructure and healthcare sectors, among others, participated in the meetings where the efforts put forth by the Bogota office of Bank of Tokyo Mitsubishi UFJ were highlighted, having presented a summary of Japanese banks’ experiences in Colombia, emphasizing the importance, opportunities and advantages for entrepreneurs to begin operations in different productive sectors in the country.