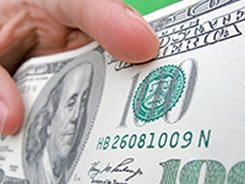 According to the Balance Of Payments issued by the Central Bank of Colombia, investment in sectors other than mining and oil in 2012 amounted to $8.196 billion USD, of which $2.378 billion USD correspond to the 58 projects sponsored by PROCOLOMBIA in 25 sectors of the Colombian economy.

The agency pointed out that the investment projects were expected to create 23,802 jobs in tourism, agribusiness, BPO, and engineering infrastructure, as well as in construction services, auto parts, woodlands, dairy, retail, cosmetics, and others.

“These are investments from 17 countries that will reach regions like Antioquia, Atlantico, Bolivar, Boyaca, Cesar, Cundinamarca, Meta, Risaralda, Santander, Valle del Cauca, Vichada, and Bogota, just to name a few of the projects we have implemented jointly with regional investment promotion agencies”, declared Maria Claudia Lacouture, President of PROCOLOMBIA Colombia.

The results exceeded those achieved in 2011, when PROCOLOMBIA fostered 48 investment projects in sectors other than mining and oil, thus estimating the creation of 21,175 new jobs with investments of $1.427 USD billion.

PROCOLOMBIA sponsored 101 foreign direct investment promotion activities in 2012 as part of its strategy to communicate investment opportunities in Colombia.

Poland, Czech Republic and Hungary were among the countries where events were held for the first time and also new opportunities were sought after in Korea, China and Singapore by joining forces with the Pacific Alliance promotion agencies like PromPeru, Prochile and Promexico.

According to information by the Central Bank of Colombia, of the $15.823 billion USD entering the country on account of total foreign direct investment, the manufacturing industry received 13%; trade, restaurants and hotels, transportations, storage and communications, and financial agencies received 10.9% respectively; and the electricity, gas, and water sectors received 5.2%.

Among the companies that entered Colombia with the support of PROCOLOMBIA include Capgemini, DyT Systems, Prebuild, Pestana, City Express hotel chain, and Jeronimo Martins.

According to the projects reported to the entity, Portugal was the main source of investments with $659 million USD, of which $270 USD pertained to the retail sector; $250 million USD to the construction materials sector, and $12 million USD to the tourism infrastructure sector.

Investment coming from the US amounted to $528 million USD, mainly from mutual funds and tourism and forestryinfrastructure.

From Latin America, the main investor was Argentina with $240 million USD, while Mexico invested $215 million USD.

The share of foreign capital in the trade, restaurants and hotels sectors increased from 8% to 9%. Investments in transportation and communications and in industry amount to 10% each, while in the financial and corporate services it increased from 7% to 10%.

In 2013, PROCOLOMBIA will follow-up with 676 investment opportunities identified in 37 markets, where 17 major strategic sectors are expected to be promoted, including: ICTs, agribusiness, pharmaceutical, equity funds, logistics, shipyards, biotechnology, audiovisual industry, among other job-creating sectors.

This year, PROCOLOMBIA will support, conduct and participate in 151 promotion activities, including 21 national and 130 international events with the purpose of showcasing Colombia as a country with unparalleled investment possibilities in multiple sectors.

In order to present the available Colombian opportunities abroad, we are leveraging the information and support network with a team based in Colombia and in more than 30 countries that work closely in coordination with regional promotion agencies, Free Trade zones, chambers of commerce, trade guilds, among others.

“Also, a key element in the 2013 strategy is the guidance provided to existing investors so that they can prosper in Colombia and they bring new business to the regions where we have identified growth possibilities for each sector”, acknowledged Maria Claudia Lacouture.